If you’re not at the table you’re on the menu: Co-determination in Sweden

Since 1976, Sweden has had a policy of ‘Co-determination’ where 2-3 members of every company board must be appointed by a trade union as employee representatives.

This year we have yet again seen company profits sky-rocket while wages straggle behind. In the March quarter of 2022, profits rose by 10.2% while total wages increased only 1.8%.[1]  While the share of our GDP going to profits is at a recent record high, the share going to wages is at its recent record low.[2] This, coupled with a decade of stagnating wage growth, has left workers in Australia struggling against the tide of rising inflation. From this it is clear the machinery of how we share profits in Australia is broken and should be corrected.

Part of the problem is that workers have been disempowered to assert their fair share of company profits. As company profits soar during a cost-of-living crisis, there is a strong argument for intervention so we can rein in these profits and ensure workers are properly compensated for the work that they do.

Sweden offers us one possible way of correcting this imbalance and ensuring company profits are fairly distributed. Since 1976 Sweden has adopted a policy of ‘co-determination’.[3]  This means that 2-3 members of every company board must be appointed by a trade union as employee representatives.

Co-determination ensures boards must consider the impact decisions would have on their workforce. This includes wage setting and any structural changes. This aims to curb the ‘short-termism’ of shareholder interests, in which boards seek to maximise the gains and profits of shareholders. This can be to the detriment of implementing long-term plans for a company.[4]

The principle behind having employee representation is that, like shareholders, employees also have a genuine investment in the success of a company.[6] When a company fails, employees often suffer devastating and life-changing consequences. Considering their perspective and giving employee representatives a vote in decisions can help to mitigate short-sighted decision making like the outsourcing of skilled labour.

We recently saw this with Qantas facing significant delays following their outsourcing of about 1,700 trained ground-staff jobs.[7] Pursuing a short-term financial gain by cutting those jobs has clearly cost the airline significant public goodwill because of the airport chaos.[8] 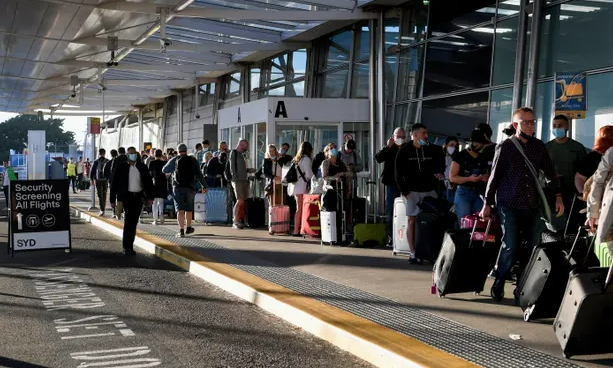 Above: Queues at Sydney airport following baggage delays after outsourcing their skilled workforce[9]

Co-determination and equality in Sweden

Research shows us that countries with high levels of co-determination also have income levels that are more evenly distributed.[10] This is reflected by a lower ‘Gini’ index - a standardised means of comparing how economically equal different countries are. Sweden showed a strong relationship between its co-determination policy, and a lower Gini index. This was true even when controlling for external factors, like trade union density, GDP per capita, unemployment and the openness of the economy. Co-determination in Sweden has helped to create more equal wages.

Surveys in Sweden in 2009 have also found that 60% of enterprises considered co-determination to be positive or very positive for the firm.[11]

Ensuring co-determination is successful relies on a genuine buy-in from employees and government. Employee representatives must not simply be observers but voting members of the board. Representatives should also be provided comprehensive access to company information and accounts, to properly inform decision-making.

Co-determination also requires safeguarding against co-opting by employer interest groups. This includes making sure employee representation is distinctly separate from company interests, otherwise this may give rise to a perception of collaboration.[12]

Co-determination is not the panacea for solving every employment problem in Australia. However alongside other measures, like strengthening our collective bargaining process, it can help transfer some power back to workers in the better interest of everyone.

[1] Jericho (2022) Australian businesses benefited from rising prices. Workers? Not so much, https://www.theguardian.com/business/grogonomics/2022/jun/02/australian-businesses-benefited-from-rising-prices-workers-not-so-much

[9] Bianca de Marchi in Visontay and Thomas (2022) Short-staffed Australian airports in chaos as flights depart without any luggage, https://www.theguardian.com/australia-news/2022/apr/14/short-staffed-australian-airports-in-chaos-as-flights-depart-without-any-luggage

[11] Wallenberg and Levinson (2012) Employee board representation in Swedish industry – What has happened between 1999 and 2008?