As Australia considers how to respond to the invasion of Ukraine, the Nordic countries have shown how independent foreign policy is strengthened by consistent diplomacy, development aid and domestic economic management.

Nordic foreign policy is particularly interesting as the countries include member and non-member states of the European Union and the North Atlantic Treaty Organisation (NATO) military alliance. 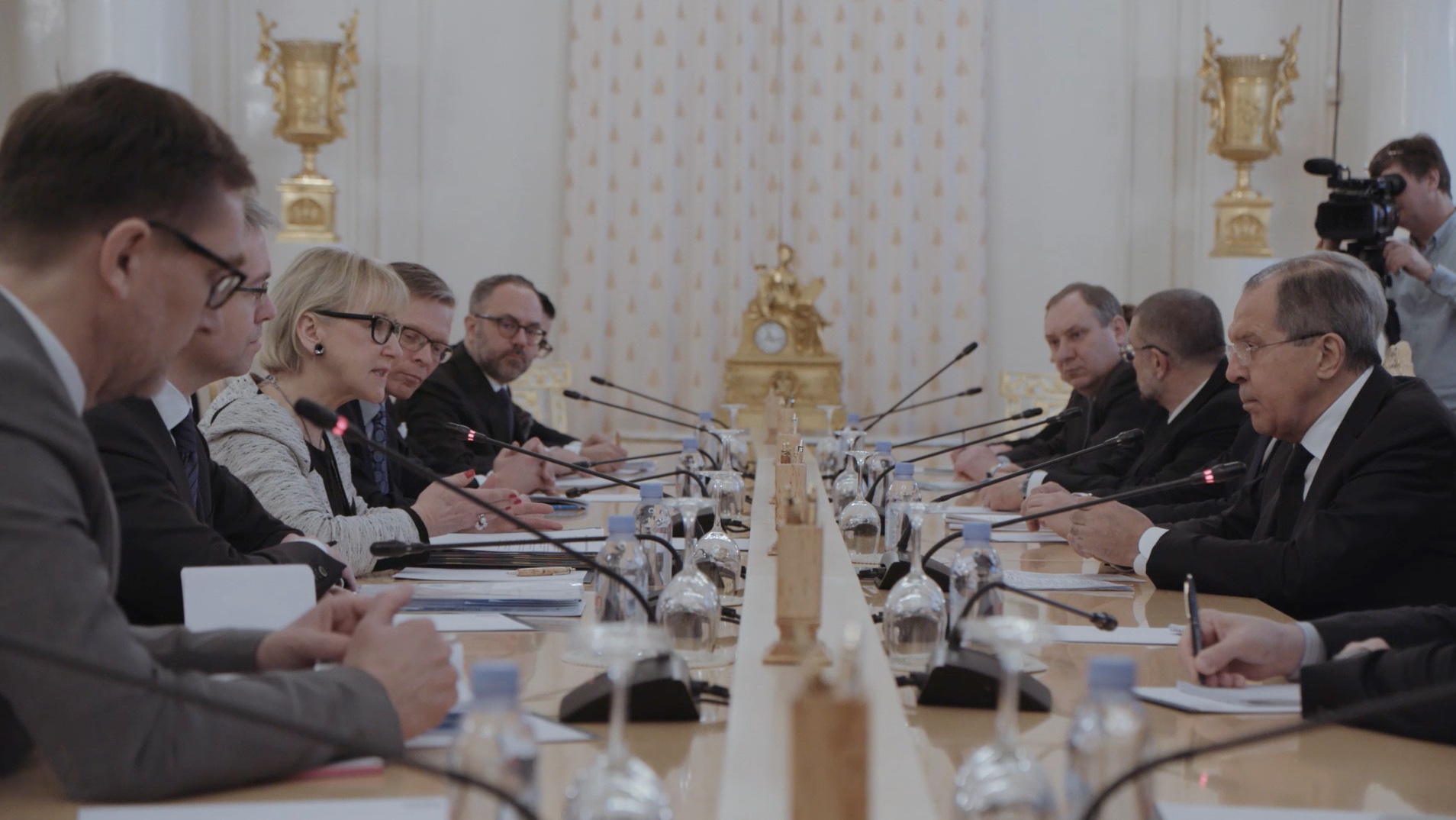 Above: Still of Margot Wallström from film The Feminister

Sweden’s Prime Minister Magdalena Andersson called “Russia’s ongoing invasion…an attack on the European security order… [which] will be met by a united and robust response,”[i] and later announced military aid to Ukraine, including anti-tank weapons.[ii]

While giving a robust response, Sweden is not a NATO member. Minister for Foreign Affairs, Ann Linde, said on 16 February that “The right to make our own security policy choices is central. The Government does not intend to apply for NATO membership…Our non-participation in military alliances serves us well and contributes to stability…in northern Europe…Our cooperation with Finland has a special status in this….We are building up our military capability both bilaterally and with NATO. And we are building up…the largest investment in Swedish defence since the 1950s. Sweden will not remain passive if another EU Member State or Nordic country suffers a disaster or an attack”.[iii]

While outside NATO, Sweden works within other multilateral bodies, with former Foreign Minister Margot Wallström emphasising that “the European Union remains absolutely vital for Ukraine to help that country succeed in fully developing its own democratic political culture to overcome continuing oligarchies…and…send a strong message to Russia.” She writes in The Nordic Edge that as Foreign Minister from 2014-19 her "first focus was on...efforts to achieve peace and freedom for the people in our neighbouring regions, particularly in Ukraine, with the European Union as our most important platform”.[iv]

Sweden’s long-term engagement does not shy away from Ukraine’s problems with corruption, the influence of violent far-right groups, governance and human rights. Aid from Sweden aims to tackle these problems, improve gender equality, enhance environmental policy, and strengthen press freedom.[v] This continues the principles put forward by Margot Wallström in her 2017 mission to Moscow (pictured below) when she challenged Russian Foreign Minister Sergey Lavrov over the change signed into law by Vladimir Putin which decriminalised some forms of domestic violence.[vi]

NATO was formed between America and many Western European nations during the Cold War against the Soviet Union. Finland and Sweden are successful social democracies and geographically close to Ukraine; neither are members of NATO but have formed more links with NATO in recent years. Since the collapse of the Soviet Union from the late 1980s, NATO has expanded to include many former Soviet nations which have chosen to enter it.

By contrast, Norway is not in the EU but was one of the founding members of NATO in 1949, along with Denmark and Iceland. The current NATO Secretary-General is the former social democratic Prime Minister of Norway, Jens Stoltenberg.

Beyond the military alliance, a key part of Norway’s response to Russia stems from its competent management of its oil and gas sector: Norway’s sovereign wealth fund is the world’s largest and is now divesting all its Russian holdings.[vii] Foreign Minister Anniken Huitfeldt also promised “strong solidarity with the Ukrainian people”, almost AUD$40 million in “humanitarian support” and support for “refugees” now from Ukraine.[viii]

Finland famously resisted a Soviet invasion in the ‘Winter War’ of 1939-1940 and fiercely guards its independence. Finland is supporting Ukraine to maintain its sovereign territorial independence against Russian invasion. Finnish Prime Minister Sanna Marin announced her government will provide €10 million extra to Ukraine, taking its support since 2014 to €86 million.[ix]

The Foreign Minister in the Danish government Jeppe Kofod   described “the images we are seeing…[as] heartbreaking…[and among] the darkest days in Europe since the end of World War Two...The Danish Government will work to ensure that the EU imposes the most extensive sanctions Russia has ever seen”.[x]

[vi] Still of Margot Wallström from the filmThe Feminister, https://www.autlookfilms.com/fileadmin/user_upload/TFEM_Still2_c_FreetownFilms.jpg