The Nordic Sami parliaments provide the indigenous people of Norway, Sweden and Finland with a voice in decisions affecting their communities. These parliaments provide an insight for attempts in Australia to provide a similar voice for Australia’s Aboriginal and Torres Strait Islander peoples. 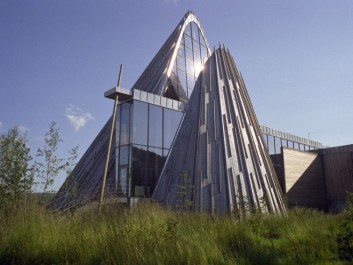 The Sami (also Sámi or Saami) are indigenous peoples who originate from Sápmi, which encompasses the northern areas of Norway, Sweden and Finland, and the Russian Kola Peninsula. The Finnish, Swedish and Norwegian constitutions all recognise certain rights of the Sami, with Norway and Finland also constitutionally recognising their status as an indigenous people.[1]

The Sami parliaments (Sámediggi) of Finland, Sweden and Norway provide the Sami with a voice in decisions affecting their communities. They have their basis in international recognition of the rights of indigenous people by the UN’s International Covenant on Civil and Political Rights (Article 27) and the ILO’s Indigenous and Tribal Peoples Convention (No. 169). The latter includes provisions about states’ obligations to consult indigenous peoples and consider their customs when applying national laws.[2]

The Sami parliaments are not parliaments in the Westminster sense – they do not provide self-government and do not have a formal legislative function. They are mostly consultative bodies whose purpose is to promote and preserve cultural self-determination, covering matters such as language, traditional livelihood, land rights and social wellbeing. They are established by legislation and are elected bodies whose voters must be registered on a Sami electoral roll. The Sami parliaments also represent Sami interests internationally.

The three Sami parliaments have a similar structure with a national assembly elected every four years, an executive board and a committee system, and are housed in their own buildings.[3]

In safeguarding and promoting the constitutional objectives, the Act provides that the Sami Parliament may ‘make initiatives and proposals to the authorities’, adopt its own procedural rules and represent the Sami in national and international affairs. The Sami Parliament is also empowered to decide, without the right of appeal, the allocation of Sami-designated funds.

The Finnish Government also has obligations under the Act. It is ‘obliged’ to negotiate with the Sami on specific matters, including community planning; land and conservation management; applications for mining licences; the development, teaching and application of Sami languages; and legislative or administrative changes affecting Sami culture. However, the Act does not preclude government authorities from proceeding with matters that have not been negotiated.

The Sami parliaments vary in their ambit. Nordic academics assert that the Norwegian Sami Parliament has greater scope to decide the issues it will pursue and has closer ties to the Norwegian political system. This is because, in addition to Sami parties, national political parties can also put forward candidates for election to the Sami Parliament.[6]

Note the Russian Sami do not have a national Sami parliament. However, they are represented on the Sami Parliamentary Council which is the cooperative body for the Sami parliaments.[7]

“Although we, the Indigenous peoples of the world, live under very diverse conditions, we share a history of colonialism, suppression of language, loss of culture and lands. However, we also share experiences of emancipation, of empowerment, of revival of language and culture.”
- Aili Keskitalo, President of the Sami Parliament of Norway[8]

Sami representation through their parliaments is not without its challenges or limitations, as explained by Professor Bertrus de Villiers from the Curtin Law School in evidence to the parliamentary inquiry into constitutional recognition for Aboriginal and Torres Strait Islander Peoples.[9] However, they do offer examples and provide ideas about how a future voice for Australia’s Indigenous peoples might work. This voice is now being explored through the Australian Government’s Indigenous Voice co-design process to establish a national representative body and regional representative bodies for Aboriginal and Torres Strait Islander people.[10]

[2] For more detail, see: Josefsen (2010) The Saami and the national parliaments: channels for political influence, IPU and UNDP, http://archive.ipu.org/splz-e/chiapas10/saami.pdf

[5] Information in this section is from: Finland, Ministry of Justice, Act on the Sami Parliament, https://www.finlex.fi/en/laki/kaannokset/1995/en19950974.pdf; Finland, Sámediggi (n.d.) The Sámi Parliament – the representative self-government body of the Sámi, https://www.samediggi.fi/task/?lang=en

[6] Watson and Quince (2018) ‘How might an Indigenous voice to Parliament work? Here’s some ideas from Nordic nations’, ABC news, https://www.abc.net.au/news/2018-12-06/sami-parliament-example-for-australia-of-indigenous-voice/10586566; Stranden (2015) ‘The Sámi in Norway have more influence on politics than the Swedish Sámi’, sciencenorway.no, https://sciencenorway.no/election-forskningno-norway/the-smi-in-norway-have-more-influence-on-politics-than-the-swedish-smi/1413955